(This post is a work in progress, at the moment I’m still migrating things so I have the joy of moving to the new public folder architecture in a few weeks, I’m sure this post will grow after that!!)

So the migration is all but done:

One final server to remove (once we track down all the services using it for SMTP relay) but that has been a mostly painless experience. 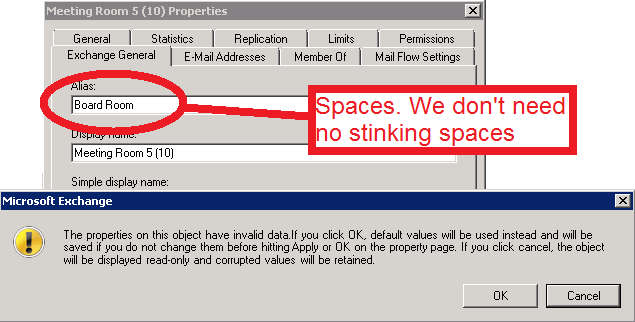 For my pain simply read on...

I have three new Exchange 2013 servers:

(and before someone complains that I’ve given away the names of the Exchange server in my organisation I counter with – “you’d get that simply by receiving an email from anyone in the organisation and looking at the headers” <sigh>)
When I created the certificates I used the brilliant Digicert Tool and bashed the FQDN in:
fch-xs13-01.fch.local
threw in the NetBIOS name for kicks
fch-xs13-01
sent the response off to my local CA, downloaded the response. Imported it and applied in the ECP (I know, no PowerShell, naughty me). 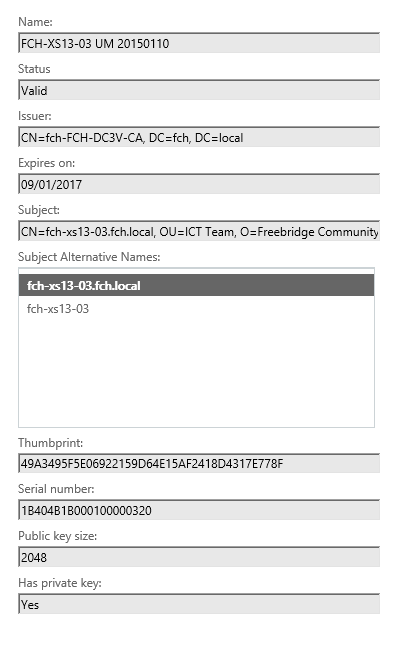 After restarting the two UM services:

No Voicemail – calls just hung up. And not simply for my test mailbox on the Exchange 2013 environment – this was effecting everyone as the Exchange 2013 servers proxy the 2010 traffic
Looking in the event log we see Event ID 36884: 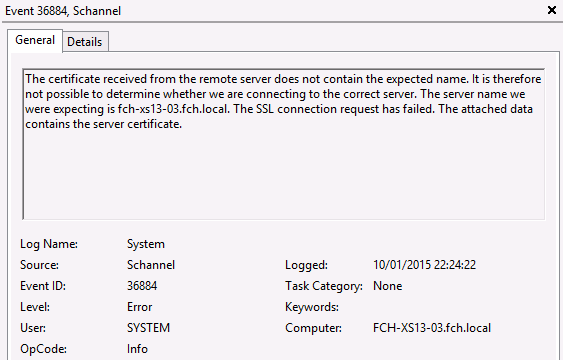 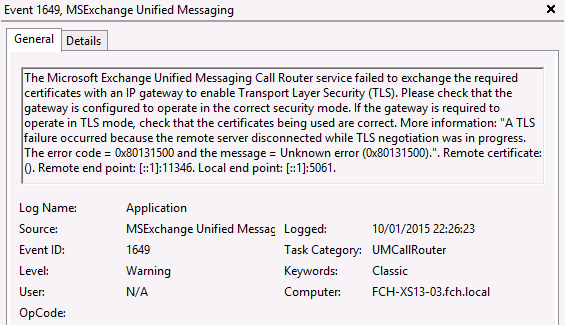 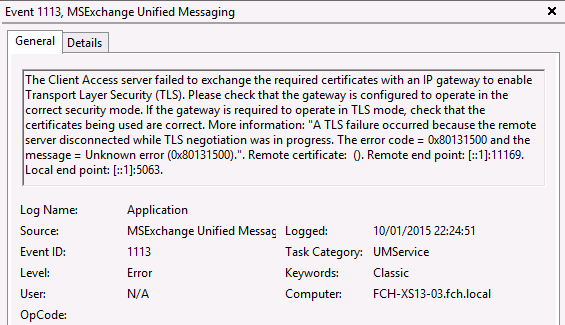 So, I’m off on a hunt. And it take me hours. Finally after comparing everything I can think of I decide to recreate the certificates (for what feels like the 1 zillionth time) and while I’m doing so this comes to me:
The server name we were expecting is fch-xs13-03.fch.local
And the certificate I was giving out had two names, the Common Name and the Subject Alternative Name….. so sometimes the service was seeing the NetBIOS SAN name - BINGO. I guess I’ve been spoiled by SAN names on Lync and Exchange so just through “throw it in, what's the worse that’ll happen" - It turns out, a lot!
Posted by Tobie Fysh on Saturday, January 10, 2015