My area I’ve been looking at is Windows Updates. It’s not a sexy area (I’ll leave that to Leon and Ben) but it pays the mortgage. I’m cleaning things up as I go, getting rid of old Software Update Groups and moving to Automatic Deployment Rules. This has led me to blasting away old downloaded updates and starting again.

However, if you’ve had an install that has been upgraded many times you might find that some of that old content won’t download again and you disappear down a rabbit hole.

A couple of hours later I have the answer to why my ADR would never complete, come with me on a journey!

First thing. My ADR is having EVERY update that has not been superseded for Windows Server 2012R2 and Server 2016, this is because as new customers come on board we don’t know the state of their OS patching, as such we want every update to be evaluated and pushed out to their servers.

Creating my ADR (and apologies, I have had to fabricate some of these screenshots as I didn’t have them while making the initial ADR). Selected Updates for Server 2012R2 and 2016 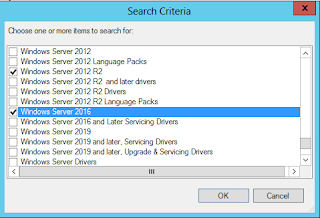 Selected the classification of updates 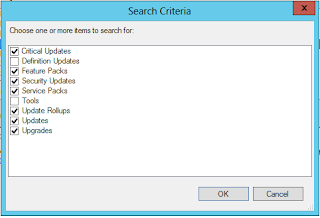 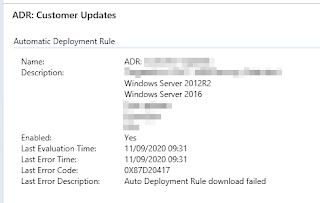 Okay, lets dig into the patchdownloader.log file to see what happened. 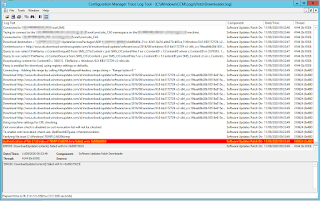 Humm, okay, let’s try downloading the update from All Software Updates and putting into the Deployment Package manually 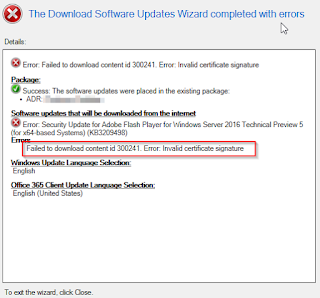 Okay, how about I import it manually, different error but same problem in that it didn’t import. 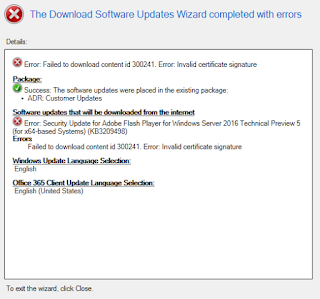 Okay…. Let’s go and interrogate the files and see what’s the same between them all….. hummm, all are for Server 2016 Tech Preview.

Lets go look at the files…..

Ohhh, so SHA256 cert on all has expired. And since August SHA1 updates are no longer allowed:
https://support.microsoft.com/en-us/help/4472027/2019-sha-2-code-signing-support-requirement-for-windows-and-wsus

My thoughts are if I had done this work in July then the updates would have downloaded fine!

So….. how to get around it. I simply excluded these updates from the ADR 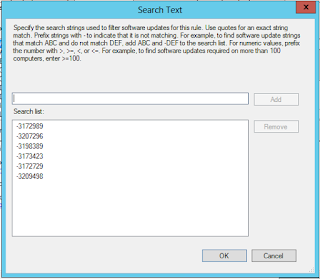 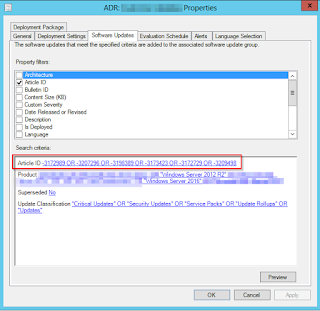 And now my ADR is fully up to date! 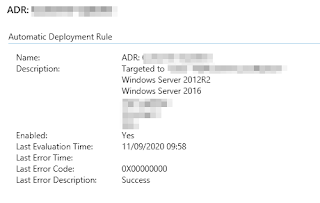