Working at Modality Systems means that we get access to future tech by being part of the TAP programs for Skype for Business, usually that’s access to early versions of software (such as the redesigned Mac client, Teams, or pre-release Cumulative Updates) or new features being enabled on our Office 365 tenant (such as Auto Attendant, and Call Queues).

Iain Smith managed to get us onto the Rigel TAP program and have been using beta hardware devices in both of our main meeting rooms in our St Albans office for a fair few months going through different iterations of the software. Recently Logitech gave us a one of their Smart Docks which we have put to good use in our boardroom. The extender cable system means we can easily have the console of the Skype Room System v2 in the centre of the room driving the two Front of Room displays.

Recently Microsoft released the documentation for how to put a custom image onto the device but the documentation is clearly a v1 as it doesn’t give the full information about how the image will work over the screens.

I’ve spent a little while playing with the images and have found the following:

The SRSv2 can be deployed with either a single Front of Room display or dual displays, but for both you need to create an image that is 3840X1080 pixels. This is 2x Full HD screens stitched together. So even if your SRS has a single screen then you are require to create the same size file but it will use the right hand side of the image only.

However there is a complication in that the console will also use this image, however it is not a Full HD screen. As such I've produced the following image that you can use as a template for your SRSv2's

This image and the associated SkypeSettings.xml can be found here):
https://1drv.ms/u/s!Arx7Ss1l4DQIgZSiFI7H0vVcnhplWu8

If you device only has a single Front of Room display then you still need to create an image that 3840X1080 pixels however only the right hand side is used.

To demonstrate this here are some images of the two meeting rooms in the Modality Systems St Albans office with the above image on both: 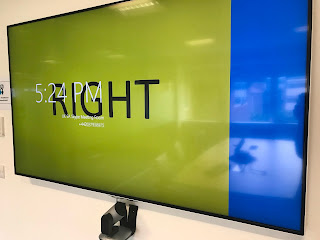 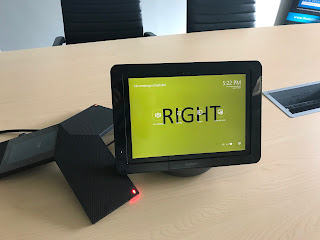 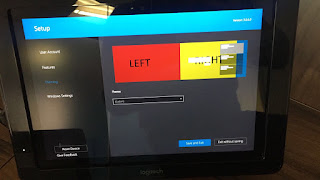 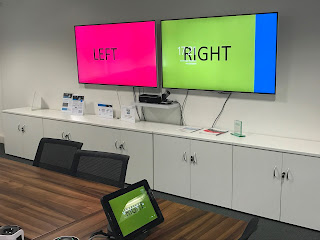 If you have any questions about the SRSv2 please let me know in the comments and I'll do my best to help.