On Friday (October 2nd) the downloadable CU that Microsoft publish as "the latest" (read only) update got moved to version 5.0.8308.933

There are some good updates in there for such things as high CPU usage on a topology publish and unable to join a meeting from iOS 9.

One of the confusing things is that the September security update still has the following text: 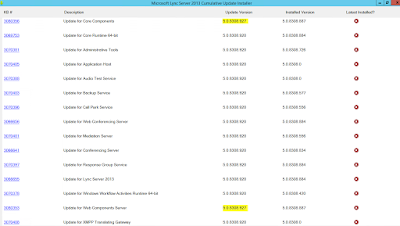 and as such versioning dictates that 5.0.8308.933 should contain all of the security goodness that was lacking in the July CU, and to find that out you have to drill deeper into the release notes 5.0.8308.933 of the web components server: 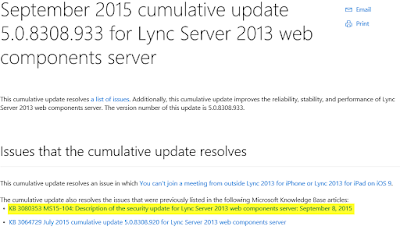